You are here:
Health & AstrologyZodiac Astrology 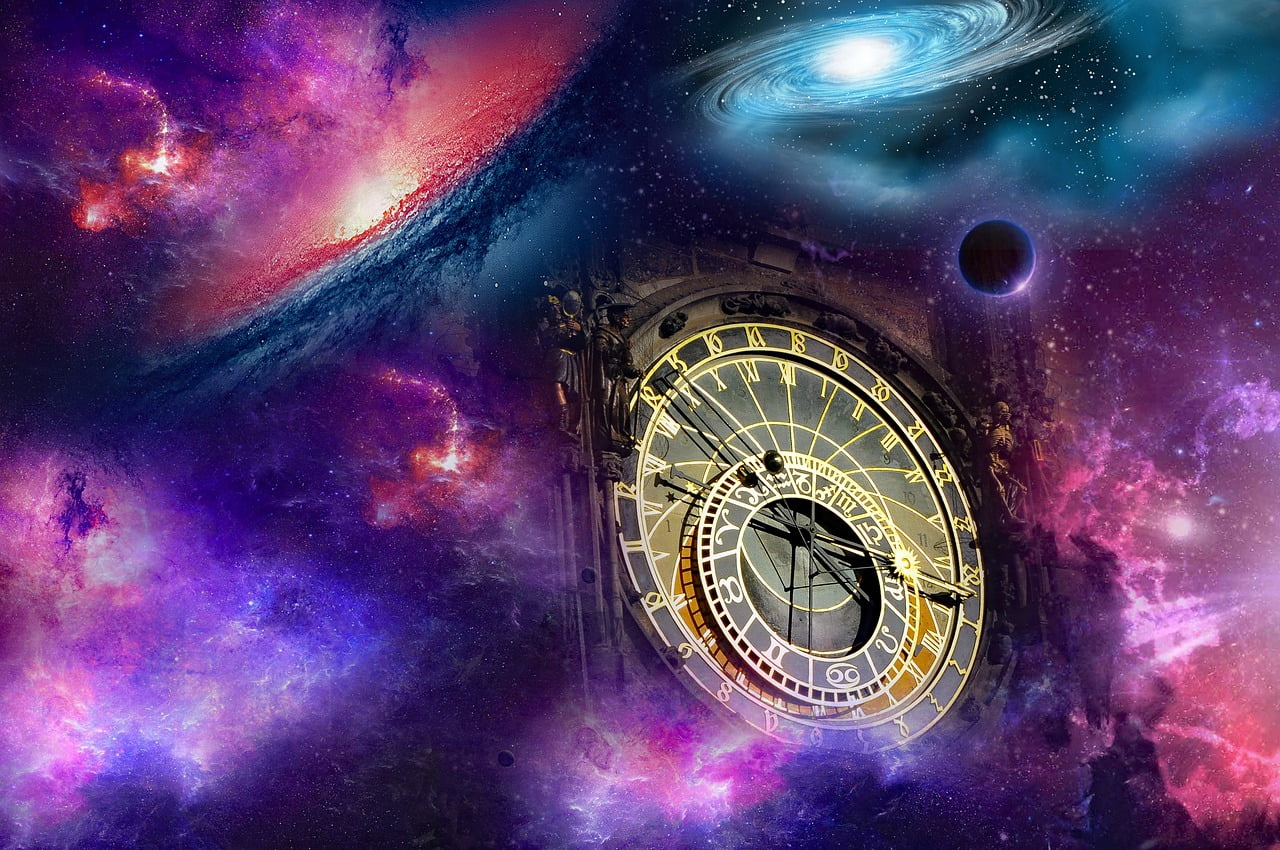 Possible Zodiac Related Health Issues By Best Astrologer In Delhi. Your health related problems and issues are influenced by stars and zodiacs too. They are characterized by their position and stars. See how you are being influenced by the same.

Aries are aggressive and impulsive, they are quick in everything be it action or speak, Aries is someone who gets angry quickly and also forgives very quickly. The part of the body which are ruled by Aries sign the head, it rules the cerebral hemispheres of the brain, the face, the eyes, the upper jaw. Aries people are hot, dry, inflammatory.

Aries people may face some cold and high temperature. Because of the planetary positions they are afflicted to brain fever, neuralgia, dizziness, nosebleed, diseases of the brain and face and inflammation of the cerebral hemispheres. Aries people are also prone to headaches very frequently.

Taurus people are strong willed yet stubborn. As it is a negative sign, whenever they come into the contact of any disease they hold it for a long time. By the middle of the age the Taurus has a tendency to gain weight. They gain the flesh around the neck and base of the skull.

Gemini people are with many troubles, and also very careless about their health and diet and habits and because of this there are many patients of tubercular than any other sign. As Gemini is a positive sign so they get rid off any of the illness with the help of timely treatment.

The body parts which are ruled by Gemini are lungs, shoulders, hands, arms, upper ribs, thymus gland, bronchi, trachea, capillaries, breath and oxygenation of the blood. The diseases which Gemini are prone to bronchitis, pulmonary troubles, pneumonia, asthma, pleurisy and problems in blood and nervous disorders.

Cancer people are low on liveliness, he is the one who is fearful and hesitant to take advise from others. They generally do opposite of what others say them to do. they are also suspicious and because they do not faith others easily so it is difficult to actually reach them, but once that faith is there then Cancerians are the most loyal and most cooperative.

Body parts which are ruled by Cancer are heart veins, the mammary glands, diaphragm, thoracic duct, the serum of blood, the pancreas, upper lobes of the liver, gastric vein and peristalsis. The diseases which a cancer person can have are indigestion, flatulence, sclerosis, hiccough and dropsy. Also they are also prone to diseases which are originated because of improper diet.

Leo‘s has very live energy, and do not drop to illness so easily. The Leo’s are fighters who come up with the illness on their own without any help from others. If the Leo are given up it means he is really sick though he will recover fast. The pride in Leo will not let him to get into charge of others. Leos are impulse which makes them handicap. Whatever a Leo does it has a great energy, which can be unfavourable to some parts of the body which are ruled by this sign are heart, dorsal region of the spine, spinal cord, aorta and vena cava.

Leo is ruled by Sun who is life giver. Leo born people are very live and are full of force, and that too when the sun is also in Leo. But by the use of this high energy they may face some heart problems as well as spinal problems.
Leos are also prone to Ulcer, jaundice, acidity, gastro-problems and dental problems.

Virgos have less resistance power. Virgo’s are Strain, but yes have wiry and nervous temperament, it becomes very hard come off from an illness if a Virgo gives up. When the negative disposition comes the virgo lets the circumstances rules him. Virgo is the sixth sign of zodiac and it rules over sickness. So whenever the Virgos caught into a long lasting illness they become disable because of illness.

Body parts which are ruled by Virgo intestines, abdominal region, the spleen, lower lobs of the liver, the duodenum and the sympathetic nervous region. The diseases Virgos are prone to are cramps in the intestine, malnutrition, worms, catarrh of the bowels, wind, diarrhoea, colic, constipation, cholera, peritonitis, dysentery and appendicitis but then it all depends on the placement of the planets in the horoscope. Apart from this Virgos are also prone to Rheumatism, malaria and weakness in legs.

The Libra has a weak sun. This is the reason that they are not able to rise above their physical condition. They have mood swings like their sun sign symbol. There are many times when they are most happy, and very optimistic, but also a time comes because of some tensions they may be very negative and go to a phase of pessimism. Librans develop an Idealism.

The Librans should not discourage themselves in doing whatever their heart want to do, and the shatter of his ideals go down and one side of the scales can go into a very deepest discouragement because of that illness happens.

The body parts which are ruled by Libra are the Kidneys, region of the spine, the lumber, urethras, vasomotor system, tiny ducts between the kidneys and the bladder. Librans generally prone to diseases from Bright’s diseases, disturbed urine, lumbago etc. But then these diseases depends upon the planets. Librans are likely to suffer diseases like Nephritis, Eczema and diabetes.

Among the twelve sign Scorpio may be the most least understood sign of the zodiac and is aggressive. Scorpio’s are usually secretive, shy and reserved nature and some one who does not open up easily. But there are other types of Scorpios as well who are argumentative and at times they can be very cruel.

Scorpios may have fiery nature, which may effect the health as well. The Scorpios generally prone to diseases which are related to reproductive organs, as well as the duct through which excretions of the body pass, like the urethra which is a small canal through which urine passes from the bladder outward, the colons which includes the anus. The bladder, prostate gland, pubic bone, the sigmoid flexure, the red colouring matter of the blood. Scorpio also rules the nasal bones.

Scorpio people are good physician, doctors, surgeons and nurses. But Scorpios have a cruel and doctoral side in their nature as well.

Sagittarius people are very pleasant and very kind in nature. They generally restore from the diseases as they follow the instructions of the doctor. but yes they respond to negative suggestions as well. But very often Sagittarius hang up their recovery from diseases.

The body parts ruled by Sagittarius

Capricorn people are lean, firm and dull in nature. They will go through a lot of pain before they finally surrender to illness. Once they fall ill, they are very creepy and adamant about it. They became so valetudinarian that the physician has to use different methods cleverly to bring them out of their own conditions. Capricorn people are very reserved and sensitive. They generally develop habits of anguish and sadness, which then have negative effects on the health.

The body parts ruled by Capricorn

Aquarius people are with strong will, but then they develop anguish, depression and sensitiveness. These people are stiff and goal oriented, generally over doers. They are not able to measure how much strength they have, until they laboured it to its limit. Give up for them is like to be in a critical state.

Body parts which are ruled by Aquarius ankles and lower limbs. The Aquarians may suffer from varicose veins, various kinds of nervous diseases, swelling in legs. They may face sensitiveness in face when they have weakness in nerves. Even they may have some kind of diseases which spread through water.

People of Pisces sun sign are lethargic and pessimistic in nature. They always look for luxuries in their life. Which leads to many health related hazards on the latter stage of life. Pisces people acknowledge suggestions very easily, be it good or bad for them. They take no time to consult a physician in the case of aid. Generally Pisceans consume more liquor than any other sign.

The body parts ruled by Pisces :

Aditya Shastri well known as the Best Astrologer In New Delhi, India, because of his Passion, Dedication, Experience and Expertise in the areas of Astrology, Vastu, Palmistry & Tantra/Mantra, Gemstone etc…Who can provide 100% problem relief remedies with confidentiality. He is also the Best Astrologer In West Delhi.

Cancer: Am I going to do Well in Sports? By Best Astrologer In Delhi
August 18, 2021

Is There A Yoga For Your Horoscope? By Best Astrologer In Delhi
August 14, 2021

Bosses nature as per their Sun sign? By Best Astrologer In Delhi
August 12, 2021